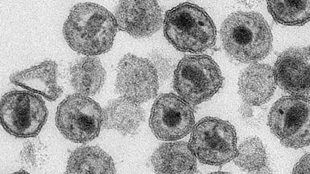 A special commission launched by the University of Florence is investigating a faculty member who helped teach a course and supervise student dissertations that deny a causal role for the HIV virus in AIDS. Specifically, the commission will look into whether molecular biologist Marco Ruggiero’s “conduct complies with the institutional guidelines on teaching contents and adherence to the objectives of the official curriculum of biological sciences,” a university spokesman told Nature.

The investigation was announced by the university’s chancellor, Alberto Tesi, on February 29, and comes as a response to a letter sent by an online community dedicated to the discussion of HIV/AIDS known as the HIV forum group. In the letter, the group asks for the “dissociation” of the university from Ruggiero’s “bad science and activities.” A university spokesman told Nature that if the investigation finds...

“We believe in the fundamental role of freedom of research and teaching,” they wrote. “But we also believe that, in order not to discredit the value of academic freedom, it is imperative that scientific method will always be rigorously applied, and that it is mandatory to prevent damage to life and health of patients from whoever, misusing that freedom, spreads theories lacking any scientific evidence.”

Ruggiero, along with known HIV/AIDS skeptic Peter Duesberg of the University of California, Berkeley, co-authored a highly controversial paper, published last December in the Italian Journal of Anatomy and Embryology (IJAE), that challenged mortality estimates of an HIV-AIDS epidemic in South Africa and the effectiveness of antiretroviral drugs. The paper was met with a mountain of criticism from the scientific community and led to the resignation of two members of the journal’s editorial board.