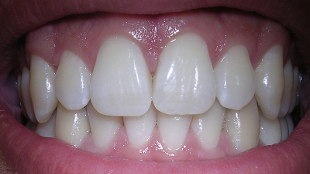 WIKIMEDIA, DOZENISTCells taken from adult human gums can be combined with cells from the molars of fetal mice to form teeth with viable roots, according to research published this week in the Journal of Dental Research. The method remains a long way from clinical use, but the findings represent a step toward the goal of growing bioengineered replacements for lost teeth.

Teeth develop when embryonic epithelial cells in the mouth combine with mesenchymal cells derived from the neural crest. Previous studies have shown that these cells can be combined in the lab to formal normal teeth, but the challenge was to find non-embryonic source of the cells that could be used in the clinic.

To test one such source, a team lead by King’s College London stem cell biologist Paul Sharpe extracted epithelial cells from the gums of adult humans, cultured them in the lab, and mixed them...

The research showed that the epithelial cells from adult human gum tissue responded to tooth-inducing signals from the embryonic mouse tooth mesenchyme, making the gum cells a realistic source for clinical use, said Sharpe in a press release. He added that “the next major challenge is to identify a way to culture adult human mesenchymal cells to be tooth-inducing, as at the moment we can only make embryonic mesenchymal cells do this.”