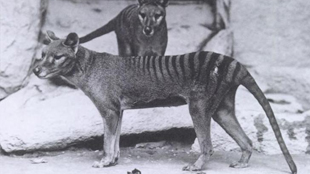 Thylacines in the National Zoo in Washington, D.C., 1906WIKIMEDIA, SMITHSONIAN INSTITUTION ARCHIVESThe only ever successful de-extinction was the birth of a baby bucardo (Capra pyrenaica pyrenaica)—a type of ibex specifically adapted to the Pyrenees Mountains in Europe—in 2003, though the young animal died soon after birth because its lungs did not function properly, according to BBC News. The clone was generated using frozen cells harvested in 1999 from the last bucardo, an old female that died in 2000. Now, the BBC reports that the Centre for Research and Food Technology of Aragon (CITA) in Zaragoza, Spain, will begin a new project to examine the burcado frozen cells to determine whether de-extinction efforts ought to be resurrected.

“At this moment, we are not initiating a bucardo recovery plan,” Alberto Fernandez-Arias, the head of the Service of Hunting, Fishing and Wetlands in the Aragon government, told the...

The meeting—organized by a group called Revive and Restore, part of the Long Now Foundation in Santa Cruz, California—brought together researchers planning or executing projects to genetically rescue endangered and extinct species, from the woolly mammoth to the passenger pigeon. In October, researcher Ben Novak announced on Revive and Restore’s blog that the complete passenger pigeon genome was being sequenced, but that’s only the first step to bringing the species back from the brink. “Of course the big goal for us is to understand the genes and the regions of DNA that evolved to make a passenger pigeon the bird that it is, and to begin recreating those elements in a living pigeon genome, the band-tailed pigeon,” Novak wrote.

Michael Archer, a professor at the University of New South Wales in Australia, also spoke at TEDxDeExtinction about his work to bring back the thylacine (Thylacinus cynocephalus), a marsupial with a dog-like body shape that is sometimes called the “Tasmanian tiger” and became extinct in the 1930s. He’s also using somatic cell nuclear transfer to resurrect a much more recently extinct species (1979), the southern gastric-brooding frog (Rheobatrachus silus). “If it’s clear that we exterminated these species, we not only have a moral obligation to see what we can do about it,” said Archer in his talk, “but I think we’ve got a moral imperative to try to do something if we can.”