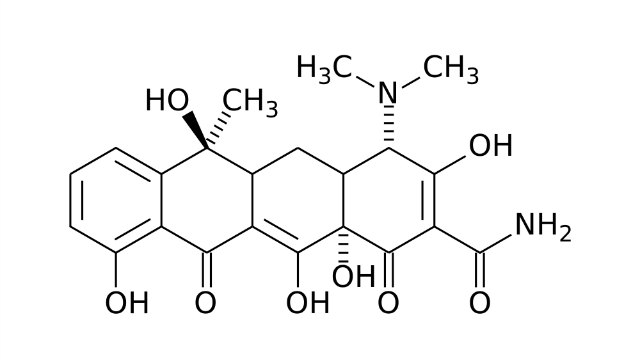 WIKIMEDIA, MYSIDLloyd Conover, who developed the antibiotic tetracycline in the 1950s, died March 11 in St. Petersburg, Florida, at age 93. He is credited with changing the way antibiotics are developed. Before Conover developed methods to sculpt compounds for better efficiency, antibiotics were almost always derived directly from natural products.

“All the experience chemists had had, to the extent that we knew about it, had been that whatever chemists did was bad,” Conover said 2009, according to an obituary in the Tampa Bay Times. “It either destroyed the activity or it made the substance more toxic. And it was the conventional wisdom that what these wonderful molecules made by living organisms just can't be improved on.”

Those molecules Conover was referring to were chlortetracycline and oxytetracycline, soil-derived antibiotics. Pfizer had been working on determining the structure of the compounds, after which Conover began tinkering with their chemical composition....

“Beyond its clinical applications, the drug revealed vast new potential for man-made antibiotics,” according to The Washington Post. Conover retired from Pfizer in 1984, having also developed anti-parasitic drugs and filed hundreds of patents.

Conover is survived by his third wife, four children, six stepchildren, and numerous grandchildren and great-grandchildren.