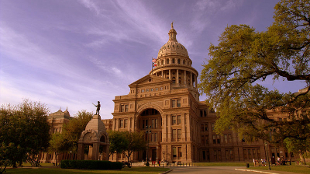 Texas State Capitol, AustinWIKIMEDIA, STUART SEEGERState leaders have granted permission for Texas’s embattled $3 billion cancer research agency to award 25 researcher recruitment grants that have been withheld due to concerns over how the grants were reviewed, reported ScienceInsider.

Yesterday’s announcement is a welcome piece of positive news for the state-funded Cancer Prevention and Research Institute of Texas (CPRIT), which has faced controversy over allegations of improper scientific review and political influence for the best part of year.

CPRIT’s troubles became public last May, when then-Chief Scientific Officer Alfred Gilman announced his resignation, citing concerns about the review of an $18 million research grant. By October, all 8 members of the scientific review council, along with roughly 100 peer reviewers, had also resigned. In December, following a recommendation by Governor Rick Perry, CPRIT imposed a moratorium on new grants until concerns had been addressed...

A state audit released this January found that CPRIT had awarded a total of $56.4 million in grants without proper peer review. Nevertheless, Texas research institutions argued that delays in awarding $71.8 million in agency grants approved before the moratorium could derail recruitments and hobble planned research projects. That scenario should now be avoided, because earlier this week CPRIT’s interim executive director Wayne Roberts announced that state leaders have certified the grants as properly reviewed, meaning the agency can dish out the cash.

“We have worked hard to regain trust with our elected officials and the citizens of Texas,” said Roberts in a press release. “We take this action as evidence that some progress has been made, and we will continue to work to strengthen this trust during the coming weeks and months.”