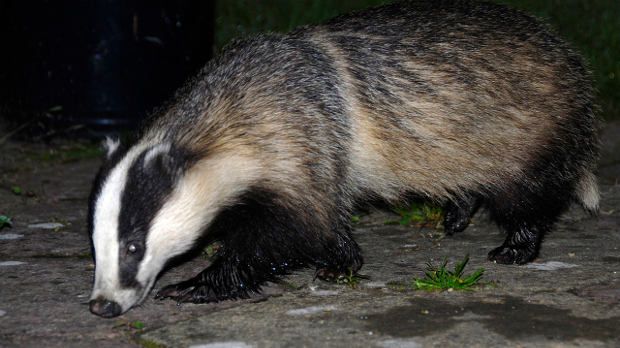 FLICKR, CHRIS P. The dynamics between badgers, cattle, and tuberculosis (TB) in the United Kingdom has become a bit clearer, with researchers reporting that the two animals rarely come into direct contact. Instead, UK government scientists suggested in an Ecology Letters paper published this week (August 4), badgers and cattle may be passing TB-causing bacteria back and forth via infected feces, urine, and sputum that commonly contaminates agricultural pastures.

“We are now beginning to identify how the transmission happens,” study coauthor Rosie Woodroffe of the Zoological Society of London told BBC News, “and that ought to open up an array of finely tuned management approaches instead of the blunt instrument we have now.” That blunt instrument is the highly contentious culling of badgers to slow the spread of TB among British farm animals, a management plan that started in 2013 but has been roundly criticized as being ineffective and...

Woodruffe and her coauthors affixed GPS collars to both cattle and badgers around 20 farms in Cornwall, tracking the animals for several months. They found that badgers tended to stay about 50 meters away from cattle, and the researchers recorded no instances when the two animals came into direct contact, supporting the findings of a smaller 2014 study that found a similar rarity in face-to-face contact in Northern Ireland. “To have corroboration from a different location involving large numbers of animals is very reassuring,” Declan O’Mahony, the ecologist at the Belfast-based Agri-Food & Biosciences Institute who coauthored the 2014 paper, told Nature.

What the new findings might mean for the practice of culling badgers, which the UK government has planned to continue this year, is less clear.