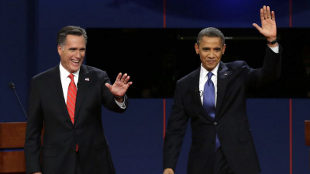 Wikimedia, Voice of AmericaEveryone knows that social factors, such as parents and childhood environment, strongly influence political views. But that may not be the whole story. A growing number of studies suggest that biological factors may also shape political beliefs and behaviors, Nature reported. Much of this research is controversial, but the evidence indicates that biology could play a bigger role in ideology that previously thought.

In 1986 Nicholas Martin, a geneticist now at the Queensland Institute of Medical Research in Brisbane, Australia, compared identical and fraternal twins of the same sex and found that genes could influences attitudes towards abortion and the death penalty. More recently, several groups of political scientists used the same method to find similar correlations between genes and political views. But twin studies are fraught with difficulty—largely because they can’t control for environmental factors when the twins are raised together—so the findings have been...

In future, genome-wide association studies (GWAS)—which scan the genomes of large numbers of people in search of sequences linked to traits and behaviors—might shed more light on the issue. But considering that a trait like height is influenced by thousands of genes, it’s unlikely that a small number of genes can be responsible for making someone conservative or liberal. As Evan Charney from Duke University and William English at Harvard University wrote this week (November 5) in an article published online at Scientific American, “genes predict certain well-defined physiological diseases… but when it comes to complex human behaviors such as voting, the link is tenuous at best."

Other researchers are looking at how physiological reactions can influence how people interpret political issues. In 2008, for example, a team led by John Hibbing, a political scientist at the University of Nebraska–Lincoln, found that people who were more sensitive to threatening images and sudden, loud noises—as measured by their skin conductance—were more likely to favor gun rights, capital punishment, and the war in Iraq. Hormones may also have a role in determining political attitudes, though early studies have been criticized for small sample sizes and reports of only weak effects.

Additionally, most of these studies have been published in political science journals, where the editors and peer reviewers may be more likely to miss methodological deficiencies that make the results less than convincing.