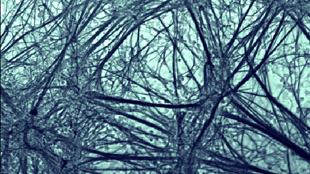 Over the past decade, researchers at RIKEN Center for Developmental Biology in Japan have generated complex tissues, including mouse retinas and Purkinje cells (a type of neuron) that integrated appropriately into the mouse fetal brain, from embryonic stem cells (ESCs) by using a novel three-dimensional cell culture technique. Now, the group, led by developmental biologist Yoshiki Sasai, have added a partial, yet functioning, mouse pituitary gland to that list.

Reported last month in Nature, the process involved differentiating mouse ESCs into the two basic tissue types that give rise to the gland—the non-neural head ectoderm and hypothalamic neuroectoderm. Treatment with hedgehog signaling components then induced proper self-organization of the cells. When the partial pituitary gland was then transplanted into mice whose pituitary glands had been removed, it appeared to correct their hormone deficiency.