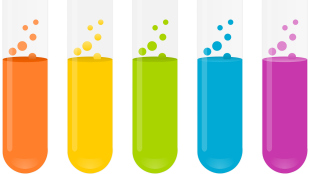 PIXABAY, OPENCLIPARTVECTORSJust about half of all basic life science research is flawed to the point that it cannot be replicated, according to an analysis published in PLOS Biology yesterday (June 9). These “irreproducible” studies end up costing around $28 billion annually in the U.S.

“While false positives are an inevitable part of scientific research, our study shows that the current level of irreproducibility in preclinical research is very costly,” study coauthor Timothy Simcoe, an economist at the US Council of Economic Advisors, said in a press release.

The analysts used previous estimates of irreproducibility to arrive at their number. Poor quality reagents and materials were the biggest cause of flaws in experiments, mucking up more than one third of preclinical studies, the team found. Poor study design and insufficient analysis or reporting each afflicted a little more than a quarter of studies, while improper laboratory protocols took down...

Ferric Fang, a microbiologist at the University of Washington, told ScienceInsider that the analysis may not be accurate. “To suggest that 50% of research dollars are being wasted is ridiculous and unhelpful,” he said.

The authors acknowledged limitations in their analysis. “Our primary goal here is not to pinpoint the exact reproducibility rate but rather to identify root causes of the problem and develop a framework to address the highest priorities,” coauthor Leonard Freedman of the Global Biological Standards Institute said in the press release. He and his colleagues have offered a number of ideas to help address the problem, including having funders require training programs in good study design as well as evidence of reagent validation.