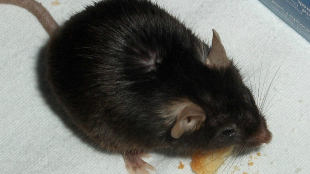 “We conclude that impaired BAT [brown adipose tissue] activity is an important mediator in the association between disturbed circadian rhythm and adiposity, and anticipate that activation of BAT may overcome the adverse metabolic consequences of disturbed circadian rhythmicity,” Sander Kooijman of Leiden University Medical Center and his colleagues wrote in their report.

Kooijman’s team exposed male mice to either 12-, 16-, or 24-hour days for five weeks. At the end of the study, body fat increased among mice exposed to light around the clock, compared to mice that...

Reduced brown fat activity may help explain why, in animals and people, the disruption of daily rhythms is tied to weight gain and metabolic issues. “Our observations may implicate, assuming the data could be extrapolated to humans, that the current obesity epidemic is at least partly due to increased light pollution,” study coauthor Patrick Rensen of Leiden told Healthline News.