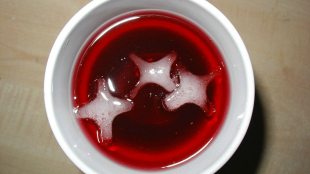 PIXABAY, VONSINNENEach year across the globe, the consumption of soda and other sweet drinks is associated with about 184,000 deaths related to diabetes, cardiovascular disease, and cancer, according to an analysis published in Circulation this week (June 29).

“The study is not a randomized controlled trial, so one can’t be certain that it was the sugar-sweetened beverages causing the deaths,” Liz Ruder of the University of Pittsburgh Medical Center who was not part of the study told NBC News. “But because the authors have employed sophisticated statistical techniques and they have rich food consumption data I believe that these data are likely to be accurate.

The authors of the study, led by Dariush Mozaffarian at Tufts University, collected data from dozens of surveys on diet along with the results of other studies linking sugary drinks with untoward health effects. They used these data to model the contribution of...

The American Beverage Association responded with a statement downplaying the study’s results. “This study does not show that consuming sugar-sweetened beverages causes chronic diseases, and the authors themselves acknowledge that they are at best estimating effects of sugar-sweetened beverage consumption,” the statement read. “America’s beverage companies are doing their part to offer consumers the fact-based information and the beverage options they need to make the right choices for themselves and their families.”

“This is a single dietary factor with no intrinsic health value causing tens of thousands of deaths per year,” Mozaffarian told NBC. “It’s time to remove sugary beverages from the food supply.”