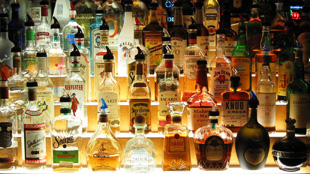 The fifth edition of the Diagnostic and Statistical Manual of Mental Disorders (DSM-5)—slated to be published in 2013—has been causing a stir in the psychiatric community over the proposed revisions to the previous edition. Now, that controversy continues with a new debate on how to diagnose alcohol and other substance use disorders.

Under the current DSM-IV guidelines, different criteria are used to determine whether a person has an alcohol dependence or an alcohol abuse problem. Under the new guidelines, however, the separate categories have been melded into a single "alcohol use disorder" diagnosis, which requires a person to meet two criteria out of a list of 11.

"Our goal was to try to make the criteria easier for the usual clinician to use, and so we're no longer asking them to remember one criteria set for abuse and a separate set for dependence," Marc Schuckit, who served as a...

A major concern of the revision has been that it may lead to more people being diagnosed as having an alcohol use disorder—with a recent study published in Addiction predicting a 60 percent increase in the rate of alcohol-use disorders under the new diagnostic guidelines.

“The further watering down of definitional standards will make psychiatric diagnosis so ubiquitous as to be almost meaningless—and divert scarce resources away from those who do need them,” Allen Frances, professor emeritus at the department of psychiatry of Duke University School of Medicine and chair of the DSM-IV Task Force, wrote in a Psychology Today blog post.

But Schuckit asserts that an evaluation of more than 100,000 cases using both the DSM-IV and the DSM-5, did not result in a significant difference in the number of diagnoses.