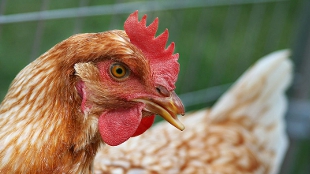 WIKIMEDIA, THEGREENJAfter a 2-day meeting in Bethesda, Maryland, this week, government officials have finally reached a consensus on a policy to review requests to research the potentially dangerous H5N1 influenza virus. The new policy could end a longstanding debate that began when two research groups published studies showing their ability to create viruses that are transmissible between mammals. The National Institutes of Health policy, which is to take effect next month, will effectively lift a 12-month ban on H5N1 research that started in January. But some countries may not wait. “I suspect that we will be seeing a lifting of the moratorium on the part of people who are not NIH-funded,” Anthony Fauci, the head of the National Institute of Allergy and Infectious Diseases (NIAID), said at the meeting, according to ScienceInsider.

Such studies were at the crux of the moratorium because they provided the possibility of engineering new mutations into the virus that could make it more easily transmissible or more virulent. However, many researchers have stated that these types of experiments are crucial for understanding how the virus might naturally mutate into a more dangerous, pandemic-causing strains, and thus such research could help prevent natural outbreaks, or help to more quickly develop a vaccine. The risk, however, is that one of these viruses could escape the lab. (Read our feature on the debate, “Deliberating Over Danger.”)