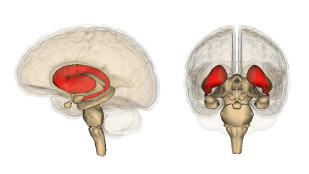 WIKIMEDIA, LSDBStudying post-mortem human brains of heroin abusers, Yasmin Hurd of the Icahn School of Medicine at Mount Sinai and her colleagues found significant changes in gene networks related to glutamate pathways in the striatum, an area commonly linked to drug use. Moreover, the researchers found that these differences in gene expression resulted from epigenetic alterations in this brain region, and that these changes were more pronounced among long-term users. “In heroin users, there are clear disturbances of epigenetic mechanisms that directly correlate with their years of drug use,” Hurd said today (November 11) during a press conference at the annual conference of the Society for Neuroscience (SfN). The researchers also found evidence of chromatin restructuring that could underlie habit formation, she added.

In other new research presented at SfN, Eric Nestler, also of the Icahn School of Medicine, discussed the possibility that cocaine addiction may result from epigenetic...

Once again, the researchers found evidence of alterations to DNA’s structure, including its chromatin, to produce repeatable, predictable changes in gene expression. “It’s well established that cocaine addiction has lasting effects on the brain,” Nestler said in a press release. “But studies in our lab begin to reveal just how extensive these changes are and how they might change brain function. This level of understanding could lead to better treatments for addiction.”