This week (September 13), three groups of researchers will receive The Golden Goose Award for basic research that may have seemed obscure at the time publication, but which helped usher in momentous change in the public and scientific communities.

“We’ve all seen reports that ridicule odd-sounding research projects as examples of government waste,” Representative Jim Cooper from Tennessee, who created the award in partnership with a number of scientific organizations, said in a press release. “The Golden Goose Award does the opposite,” by recognizing studies like one entitled “The Sex Life of the Screwworm,” which helped save the cattle industry more than $20 billion from this livestock pest, according to The Washington Post.

Among the awardees are Nobel Prize winners Martin Chalfie, Osamu Shimomura, and Roger Tsien for their development of green fluorescent protein (GFP), which had been discovered in jellyfish in 1961 and subsequently ignored for 30...

Charles Townes, also a Nobel Prize winner, will receive the Golden Goose for inventing laser technology now used to read CDs, despite the discouragement of many of his professors. And Jon Weber, Eugene White, Rodney White, and Della Roy will take home the third prize for their curiosity in the structure of a coral they found while scuba diving that helped inspire a novel scaffold for bone grafts.

Scientific “accidents” happen all the time, Chalfie told ScienceInsider. "If we're lucky, we realize that we should be paying attention to them." 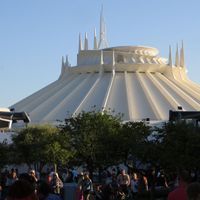