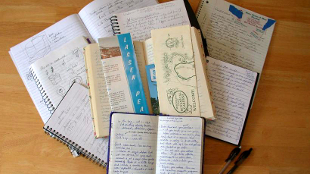 WIKIMEDIA, DVORTYGIRLScientific papers published just prior to their authors being awarded a coveted investigator position at the Howard Hughes Medical Institute (HHMI) are cited 12 percent more than expected, according to new research. The citation bump was more pronounced for papers published in new areas of research or in lower-profile journals. The study, published in this month’s issue of Management Science, compared more than 3,600 life science papers written by 424 HHMI investigators to an equal number of papers written by researchers who had not received the honor. “We found that there was an effect of status,” MIT economist Pierre Azoulay, study coauthor, said in a statement.

Azoulay and his collaborators tracked changes in the citation rates of papers before and after one or more of their authors were named HHMI investigators. They found that citations jumped for some of the papers just after their authors joined...

“You couldn’t tell them [the pairs of papers] apart in terms of citation trajectories, up until the time of the prize,” Azoulay said.

But the effect was more pronounced in some instances. The citation bump was nearly twice as great for papers published in lower-profile journals, and younger researcher/authors, with less robust reputations prior to their HHMI appointments were more likely to experience the benefits of the award. “The effect was much more pronounced when there was more reason to be uncertain about the quality of the science or the scientist before the prize,” Azoulay added.