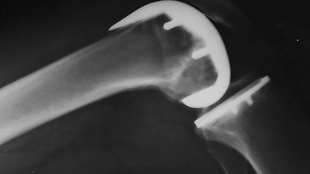 Medical implants, such as knee replacements, artificial hips, and titanium pins, have become increasingly common to help fix ailing joints and mend breaks. But what happens to those implants after patients have passed? Until recently, these metals were probably discarded. But Dutch company Orthometals is looking to change that.

It’s a bit macabre, but the owners collect discarded implants after cremation, melt them down, and recycle the metals by selling them as scrap. The company recycles more than 250 tons of metal annually. And, while cremations rates are higher in the Netherlands, the company isn’t alone.

"I know the existence of five or six competitors that we have, most of them in the United States," Orthometals cofounder Ruud Verberne told BBC News.

Stay tuned for a story coming out in the March issue of The Scientist about how used implants are recycled for research.