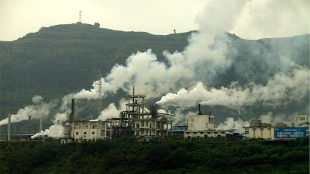 Wikimedia, High ContrastInternational climate regulation is about to end. On January 1, 2013, the commitments made by 37 nations to reduce greenhouse gas emissions as part of the Kyoto protocol will expire, leaving the world with the challenge of producing a new agreement.

The 1997 treaty ran into trouble from the start. By the time the protocol came into force in 2005, the United States had pulled out because China and other developing nations had refused to reduce to their emissions until the developed world acted.

The nations that did ratify the pact pledged to reduce emissions from 1990 levels by an average of 4.2 percent between 2008 and 2012. Most met their commitments, but because Kyoto did not set limits for developing countries, total global emissions have surged by 50 percent since 1990, largely driven by massive economic expansion and coal burning in China and other parts of...

“Kyoto had a very limited impact on climate,” Atte Korhola, an environmental-policy researcher at the University of Helsinki, told Nature. “It was too narrow in ambition, its tools were too massively bureaucratic, and it offered too many loopholes.”

Nevertheless, Kyoto does offer some valuable lessons for global leaders preparing to negotiate a new climate treaty in 2015. For example, the carbon cap-and-trade system and carbon taxes developed in Europe, Australia, Japan, China, California, and some parts of Canada could be expanded across the world to help stimulate technological advances that would reduce emissions.

“Kyoto was a grand policy experiment with important lessons we ought to take forward,” Roger Pielke Jr., who studies energy and innovation policy at the University of Colorado Boulder, told Nature. “It had its flaws—no wonder, you rarely get policies right the first time—but the overall architecture is still useful.”