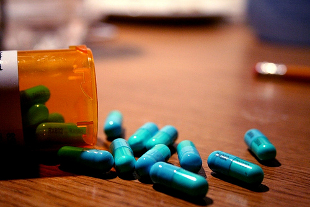 FLICKR, MICHAEL CHENPlacebo treatments have long been known to cause “spurious” improvement, and for this reason have posed a constant challenge to clinical trials designed to demonstrate a drug’s efficacy. And a study published last week (January 8) in Science Translational Medicine adds another wrinkle to the story: even if migraine sufferers knew they were taking an inactive treatment, according to their own notes the placebo still elicited significant pain relief, as compared with taking nothing at all.

As many researchers have pointed out, just because improvement was caused by a sugar pill doesn’t make it invaluable. A placebo “helps stimulate the healing response,” bioethicist Howard Brody of the University of Texas told The Globe and Mail, and improvement is improvement, after all. But it’s hardly ethical to give a patient a placebo but tell him it’s a real drug. Though this hasn’t stopped all doctors from lying...

The research, led by Harvard University’s Ted Kaptchuk and Rami Burstein of the Beth Israel Deaconess Medical Center, monitored the response of 66 migraine patients to either the migraine drug Maxalt or a placebo. Each patient was instructed to endure one migraine with no treatment, recording symptoms at 30 minutes and 2.5 hours after migraine onset. For the next six migraine attacks they experienced, the patients were to take the contents of envelopes labeled “Maxalt,” “placebo,” or “Maxalt or placebo,” and again record their symptoms. Sometimes the envelopes contained the pills identified; other times they did not.

“When patients received Maxalt labeled as placebo, they were being treated by the medication—but without any positive expectation,” Burstein said in a press release. “This was an attempt to isolate the pharmaceutical effect of Maxalt from any placebo effect.” Conversely, with a placebo pill mislabeled as Maxalt, the researchers were trying to isolate the impact of the placebo effect.

While the drug was a superior pain reliever than the placebo, the results also demonstrated the power of positive thinking. “The placebo effect accounted for at least 50 percent of the subjects’ overall pain relief,” Kaptchuk said in the release. “This tells us that the effectiveness of a good pharmaceutical may be doubled by enhancing the placebo effect.”

But the surprising finding was that a truthfully labeled placebo pill still had pain-killing effects. “[O]ur findings reinforce the idea that open label placebo treatment may have a therapeutic benefit,” the authors wrote.