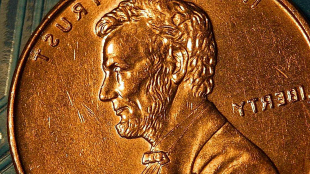 WIKIMEDIA, JON SULLIVANIt’s presumed that research misconduct wastes resources, many of them given to scientists through federal dollars. Ferric Fang of the University of Washington and his colleagues quantified just how much fraud costs the government in a new report published yesterday (August 14) in eLife.

It turns out that every paper retracted because of research misconduct costs about $400,000 in funds from the US National Institutes of Health (NIH)—totaling $58 million for papers retracted between 1992 and 2012. The authors pointed out that this total represents a fraction of a percent of the NIH budget for these years.

And scientific fraud incurs additional costs. “The damage to researchers’ careers (who in some cases have done nothing wrong themselves), the institutional costs of investigating suspected fraud, the misdirection of public policy, and the misleading of other scientists who pursue false leads are other important costs,” Fang told Retraction Watch....

Still, compared to other government agencies, research misconduct is comparatively small, and less than what Fang had expected. “When one compares the total with the estimated $31 [billion]-60 billion out of a total of $206 billion spent on contracts and grants to support U.S. operations in Iraq and Afghanistan that were lost to fraud and waste in FY2011 alone, the funds wasted on fraudulent research seem modest relative to some other government agencies and programs,” he said. Interestingly, the costs of retracted papers correlated with the impact factors of the journals in which they appeared.

It’s also possible that Fang’s team’s numbers are an overestimate of the true impact of these retracted studies. Some of the money may not have been wasted, the authors wrote in their report. “It is conceivable that some of the research resulting in a retracted article still provides useful information for other non-retracted studies.”

“It still has to be conclusively shown . . . that much research actually goes wasted directly because of fabricated findings,” Daniele Fanelli, a misconduct researcher at the University of Montreal, told Retraction Watch. “These results send an important message: we must be careful not to over-dramatise the issue of misconduct.”