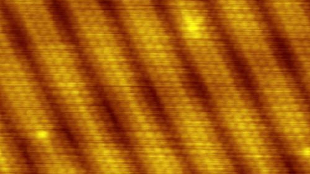 WIKIMEDIA, NEMISSIMOOnly a handful of nanotherapeutics are currently on the market, but dozens more are making their way through preclinical studies and clinical trials. And the more researchers learn about the new technology, the more excited they get. In a session today (April 8) at this year's American Association for Cancer Research (AACR) meeting, researchers discussed the promises—and challenges—of this growing field.

“[Nanotechnology is] allowing people to do science, and look at cancer, in fundamentally new ways,” said James Heath of Caltech. In addition to treating disease, the panelists noted, nanotechnology could improve early-stage diagnosis and even help predict the development of drug resistance in tumors. “Success in early detection has been limited at best,” said Anil Sood from the University of Texas MD Anderson Cancer Center. “Nanotechnology offers a variety of opportunities in detection and screening.”

Amid the excitement, however, were also words of caution. “The environment is a difficult one,” said Paul Burke, principal of Burke Bioventures. “Attrition rates are high and they're getting higher. . . . There are no special rules—no grading on a curve—just because nanotechnology is exciting.”