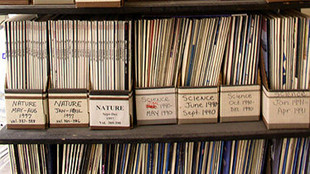 FLICKR, ROBERT CUDMOREA new study of retraction notices published in numerous journals in 2008 sheds light on why papers are retracted, and how well journals and authors are handling retractions when they become necessary.

The paper, published in BMC Research Notes last week (June 19), includes an analysis of 244 retraction notices found on Medline. A total of 235 notices explained reasons for the retraction. “The most cited reasons were mistakes (28%), plagiarism (20%), fraud (14%) and overlap (11%),” the authors of the paper wrote.

When Retraction Watch asked University of Washington doctor and microbiologist Ferric Fang, whose own research has identified research misconduct as the leading cause of retractions, to comment on the paper, he said that the difference is likely due to the fact that the new analysis relied  solely on retraction notices. In his work, he also used news reports and websites to identify retractions and reasons behind them. “This supports our conclusion that a reliance on retraction notices will result in an overestimation of error and an underestimation of fraud as reasons for retraction,” Fang told Retraction Watch.

Yet another study that came out shortly after Fang’s, however, which analyzed nearly 4,500 papers retracted between 1928 and 2011, found that publishing misconduct or errors including plagiarism, duplicate publication, authorship issues, and unspecified copyright issues accounted for nearly half of all retractions.