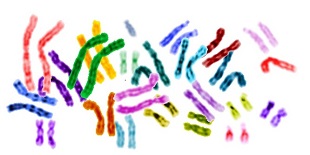 NATIONAL INSTITUTES OF HEALTHPatients who have their genomes sequenced should be able to decide which results they’d like to know, the American College of Medical Genetics and Genomics (ACMG) announced yesterday (April 1). The organization’s new policy in effect reverses its controversial position on “incidental” genetic findings, announced last year, which many criticized. As the cost of genomic testing plunges, more tests are being done, and the likelihood that an unpleasant genetic surprise could be uncovered grows, posing a dilemma for clinicians.

The ACMG’s initial policy recommended that doctors tell patients about risks for genetic diseases even if those results were unrelated to why the test was ordered in the first place. In December, a federally appointed bioethics panel recommended patients should decide if they want to be alerted to unexpected genetic results.

ACMG now recommends that patients consult with their doctors to decide whether they want the tests done at all. “This update to our recommendations moves the opt-out discussion to the point where the sample is sent rather than at the time when results are received by the ordering clinician, as was originally recommended,” ACMG President Gail Herman said in a statement.

Some doctors oppose the new policy, however. “I worry that allowing this opt out will disproportionately impact the disenfranchised. It will become too easy for a lazy doctor just to say ‘OK, we’ll skip [this important testing],’” Robert Green of Harvard Medical School, who helped write the original ACMG recommendations, told Scientific American.