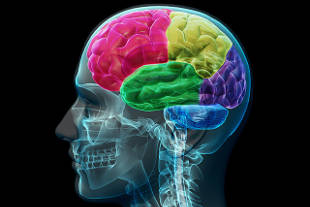 FLICKR, ALLAN AJIFOThe genetic causes of schizophrenia, a psychiatric disorder that affects around 1 percent of the population, are complex, to say the least. But new research has begun to produce clues pointing to the disruption of the brain’s chemical balance as the root cause of the disorder. Most recently, scientists found that genetic mutations previously linked to schizophrenia play a role in neuronal excitatory and inhibitory signaling. They published their results yesterday (June 3) in Neuron.

“We’re finally starting to understand what goes wrong in schizophrenia,” lead author Andrew Pocklington from Cardiff University’s Medical Research Council (MRC) Centre for Neuropsychiatric Genetics and Genomics said in a press release. “We now have what we hope is a pretty sizeable piece of the jigsaw puzzle that will help us develop a coherent model of the disease, while helping us to rule out some of the alternatives.”

“This work builds on our understanding of the genetic causes of schizophrenia, unravelling how a combination of genetic faults can disrupt the chemical balance of the brain,” Hugh Perry, chair of the MRC Neuroscience and Mental Health Board, said in the press release. “In the future, this work could lead to new ways of predicting an individual’s risk of developing schizophrenia and form the basis of new targeted treatments that are based on an individual’s genetic makeup.”