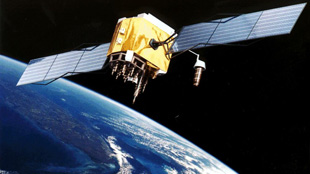 By the year 2020, satellites orbiting the Earth may only have 25 percent of the current observing capacity of today, a report released by the US National Academies' National Research Council (NRC) on Wednesday (May 2) warned. As aging satellite-borne sensors go unreplaced by NASA and other agencies, scientists’ ability to measure a wide range of Earth’s processes, such as retreating ice caps, ocean currents, and weather patterns, will be put at risk. The same will go for an increasing number of life scientists who have been turning to satellites to study biological phenomena from the spread of diseases to how animals interact with their landscapes. (See our February 2012 feature, “Casting a Wide Eye.”)

Significant federal budget cuts and a change in NASA’s priorities are main factors behind the agency’s inability to launch new satellite missions that will replace those that have passed their due dates....

Under former President George W. Bush, for example, NASA was instructed to focus its efforts on manned space missions. “NASA has a mission ordering that starts with the presidential goals—first, manned flight to Mars, and second, establishing a permanent base on the Moon, and then third, to examine Earth, which puts Earth rather far down on the totem pole,” late University of California, Irvine, chemist F. Sherwood Rowland, told The New York Times in a 2007 article reporting on another NRC report warning of the decreasing satellite capacity.

Under President Obama, NASA has suffered further budget cuts, some of which resulted in the cancellation of a planned, high-budget Mars exploration mission.

Still, "NASA headquarters has been doing a very good job with a difficult situation," oceanographer Antonio Busalacchi, a member of the NRC committee issuing the new report, told ScienceInsider. In the last 5 years, the agency has launched three new satellites for measuring sea surface heights, ocean salinity, and weather patterns that are expected to bridge the observation gap until newer satellites are launched in the coming decades.