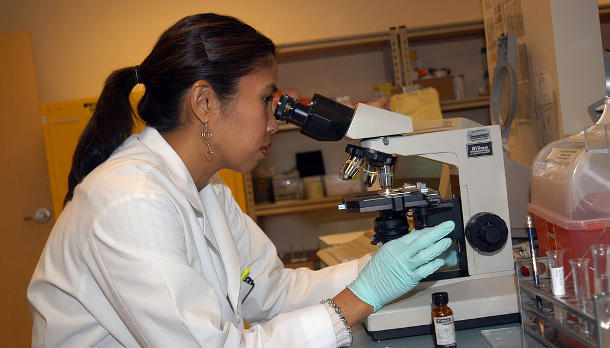 Are female scientists better about public outreach?WIKIMEDIA, UNITED STATES NAVYScience, technology, engineering, and mathematics (STEM) researchers do not engage in public outreach as much as academics in the arts, humanities, and social sciences (AHSS), according to a survey of faculty members in the U.K. What’s more, female researchers in both areas work with the general public more than their male counterparts, the study found. “The project suggests that public engagement is more firmly embedded in the context of the arts, humanities, and social sciences than it is among researchers in science, technology, engineering, and mathematics,” wrote the authors of the report, which was funded by a consortium of UK scientific societies and funders, including the Wellcome Trust. “Wide ranging research over a lengthy period shows that institutional change of this kind is highly challenging and that higher education institutions are known to be relatively slow to change.”...

The authors surveyed more than 2,500 academics in the U.K., asking about the scholars’ efforts to communicate with the public. The survey tuned up several differences between AHSS and STEM researchers. For example, More than 60 percent of AHSS researchers indicated that they had lectured in a public forum in the past year, while only 40 percent of STEM researchers said they had done the same.

The more complicated nature of research in STEM fields may have something to do with the reduced public engagement, but that factor alone shouldn’t excuse researchers from discussing their work in wider forums, according to Chloe Sheppard, researchers’ engagement manager at the Wellcome Trust and chair of the steering group that directed the study. “I don’t think [this explanation] is good enough,” she told Times Higher Education, calling that justification “a bit of a cop-out.”

The survey also showed that STEM researchers failed to increase their public engagement since the last such study was conducted in 2006. “Within this context, the project indicates that, while recent and current strategies have been helpful, longer term effort—perhaps targeted in particular domains—is required,” the authors wrote.