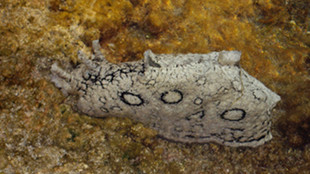 The paper’s authors said that this is the first predator defense mechanism to be discovered that works by blocking the senses. “It is the first demonstration involving not only the chemical senses, but to our knowledge, for any sensory system,” Charles Derby, a neuroscientist at Georgia State University, told BBC News.

They tested their hypothesis by coating spiny lobsters’ antennae with opaline and seeing how they reacted to the scent of shrimp juice. The animals’ chemosensory neurons responded less strongly to the smell than untreated...

The opaline works very differently than the purple ink, Derby said. The purple ink actually has an appetizing smell, which may also distract and disorient predators, causing them to ignore the actual sea hare.

“Sea hares have many potential predators, each with feeding habits [and] sensory systems. . . . So, some chemicals may work on some predators and not on others,” Derby told the BBC.