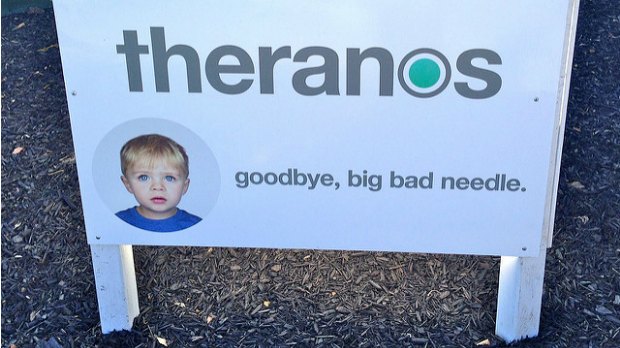 FLICKR, STEVE JURVETSONBlood-testing company Theranos, which has been in hot water with federal regulators after selling tests to consumers that were not accurate, is trying to get back in the game. While CEO Elizabeth Holmes has been banned from operating a lab for two years, she presented her firm’s latest technology yesterday (August 1) at the American Association for Clinical Chemistry (AACC) conference—to what appears to have been a rather unimpressed crowd.

“Regarding Theranos’ broad claims of being able to run 70-plus tests on a single drop of blood, AACC [panel/session] moderator Stephen Master told Holmes, ‘The evidence you presented fell far short of that,’” Business Insider reported. “The comment was met with applause from the audience.”

Theranos has been criticized for its secrecy, not publishing data in peer-reviewed journals or presenting at scientific conferences. Although Holmes’s presence yesterday seemed like a step in direction of transparency, “the...

Holmes debuted Theranos’s so-called miniLab, which she said will someday be able to run 160 different assays, from lipid panels to Zika tests, according to STAT News. If the machine can accomplish what Holmes claims, it would be an impressive device. “I’ve never seen anybody put this much stuff in a box,” Danyel Tacker, an associate professor of pathology at West Virginia University, told STAT.

While Holmes offered up data from within Theranos, she did not present any externally validated results to the packed room. “In my mind, Theranos shouldn’t get to trade on the publicity they’ve gotten for the trouble they’ve had,” Master told Wired, “and then get to say to everybody, ‘Oh, and you guys have to pretend we are starting from scratch.’”