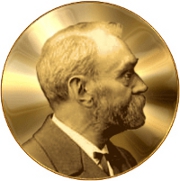 WIKIMEDIA, ZERO GREYDemystifying the processes of gene transcription and regulation, rooting out the molecular mechanics of pain, and inventing the organic light emitting diode: these are just a few of the scientific advances that could net Nobel Prizes for the researchers behind them, according to information resource provider Thomson Reuters. As it does every year, Thomson Reuters has released the names of its latest batch of “Citation Laureates.” Since starting the annual exercise in 2002, the publisher has correctly picked 36 Nobel Laureates out of the 211 total names it has put forth, though not all of the Citation Laureates became Nobelists in the same year they made the company’s cut.

Here are the 2014 Citation Laureates in Physiology or Medicine:

And here are Thomson Reuters’s picks for this year’s prize in Chemistry: