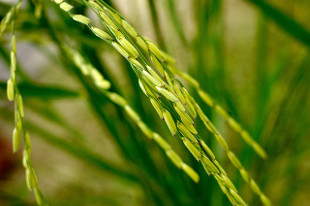 FLICKR, INTERNATIONAL RICE RESEARCH INSTITUTEThe newly unraveled origins of domesticated rice tell the story of early farming in Asia. A study led by researchers from the University of Manchester, U.K., suggests that rice was domesticated in three different regions of Asia, leading to the four main varieties available today. The results were published yesterday (November 2) in Nature Plants.

The primary varieties of domestic rice are indica, japonica, aus, and aromatic, selected for various traits that make cultivation easier—for instance, rice that grows vertically and stays on the stalk when ripe. To trace their roots, geneticist Peter Civán and colleagues focused on the genomic regions corresponding to these traits. Using data from a 2012 Nature paper, they re-analyzed DNA from 1,083 varieties of modern rice and 446 samples of wild rice.

Previous work suggested that the traits unique to domesticated rice originated with a single...

Some experts have voiced skepticism about the study. The new paper is “definitely wrong with the data analysis,” Bin Han, a geneticist at the Chinese Academy of Sciences and senior author of the 2012 paper proposing one origin for domestic rice, told Science in an email. Michael Purugganan, a plant geneticist at New York University who also proposed a single domestication event in 2011, told New Scientist that the research “shows that the question of the domestication history of rice remains open, with different approaches reaching different conclusions.”

Other researchers have been more supportive. Civán and his colleagues “clearly demonstrate that the most parsimonious and coherent interpretation for the data is that there were at least three independent domestications of [rice] from well differentiated ancestral populations in Asia,” Susan McCouch, a rice geneticist at Cornell University who was not involved with the study, told Science.