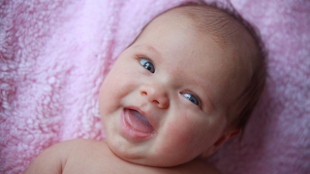 WIKIMEDIA, RUSSAVIAPeople in the United Kingdom with mitochondrial disorders who want to use a novel in vitro fertilization (IVF) technique to make offspring with a reduced chance of inheriting their diseases may not have to wait too much longer, according to a report released Tuesday (June 3) by the U.K.’s Human Fertilization and Embryology Authority (HFEA). The experimental procedures—so-called mitochondrial replacement techniques termed maternal spindle transfer (MSF) and pronuclear transfer (PT)—are “not unsafe” for use on a “specific and defined group of patients,” according to the report. But the HFEA also said that additional testing must be carried out before the procedures can make it into the clinic. “The review process has assembled an evidence base on the safety and efficacy of these two mitochondrial replacement techniques which stands comparison with anything published in the U.K. or abroad,” said Sally Cheshire, HFEA chair, in a statement. “The science...

Robin Lovell-Badge, a researcher with the U.K.’s Medical Research Council and a member of the HFEA panel that issued the report, told BBC News that the continued scientific testing of the mitochondrial replacement techniques, such as studies that determine the effects of a single embryo having a mix of mitochondrial DNA, shouldn’t take too long. “I think that [two years] is not a bad estimation,” he said. “The other sorts of experiments that we thought were necessary, again it will take about two years to complete all of those.”

Pending this scientific validation, the fate of the three-parent IVF methods lies in the hands of the UK government. The procedures are illegal in the U.K., and changing that law will require Parliament’s approval.