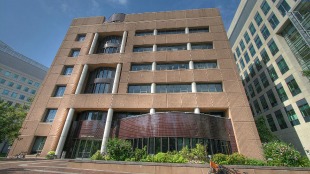 WIKIMEDIA, MADCOVERBOYMIT cancer biologist Robert Weinberg and his colleagues have retracted two Genes & Development papers on the role of a microRNA in breast cancer metastases. The notices reference the retraction of a third, highly cited paper published in Cell. The Scientist has not yet heard from Weinberg nor the journal regarding this apparent withdrawal.

According to two identical notices in the March issue of Genes & Development, the alleged retraction in Cell came about “because original data were compiled from different replicate experiments in order to assemble certain figure panels. As the same analytical methodology was used in this [Genes & Development] manuscript, we believe that the responsible course of action is to retract the article.”

In 2013, Weinberg and his colleagues retracted a highly cited Cancer Cell paper because of poor figure assembly.

Update (March 19): Cell Press has confirmed the 2009 Cell paper “is being retracted and the official notice is forthcoming.” The headline and subheading on this article, which originally noted only the two published Genes & Development retractions, have been updated accordingly.