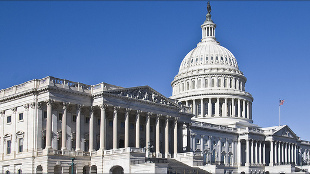 FLICKR, RON COGSWELLIt doesn’t matter how they’ve voted or to which political party they belong: scientists ought to connect with their government representatives, said members of an American Society for Cell Biology (ASCB) panel convened at the organization’s annual meeting this week (December 9).

“It’s an obligation for all of us in the scientific community to let our elected officials know about the importance of our work,” said Yale University’s Thomas Pollard. “We’re the only people to look out for our community here.”

When speaking with politicians, Pollard suggested refraining from jargon, and instead using anecdotes, figures of speech, and analogies. “Stick to plain English, and you’re in business,” he said.

Pinar Gurel of Darmouth College noted that scientists at all career stages ought to get involved. “You don’t have to be an established scientist to go [to Capitol Hill] and tell people how important your work is,” she...

The Fred Hutchinson Cancer Research Center’s Sue Biggins said she was surprised to find that one of her representative’s staffers was interested in learning more about her work. This staffer even visited Biggins’s lab. “For the most part, they really do want to understand the issues facing us and how they can help,” said Biggins. “Don’t feel disappointed if you end up talking to a staffer and not your Congressman or woman,” she added. “They are, at the end of the day, the people who help decide what’s going on.”

Lynn Marquis, director of the Bethesda, Maryland-based Coalition for the Life Sciences, echoed this sentiment, drawing analogy to Congressional aides to senators and representatives, who she said are like graduate students and postdocs to principal investigators.

The panel urged ASCB attendees to open up a line of communication with the politicians in their districts, introducing themselves and their work. “You may think your letter or e-mail or tweet might not have much impact,” said Pollard, but “your professional lives depend on being effective advocates.”