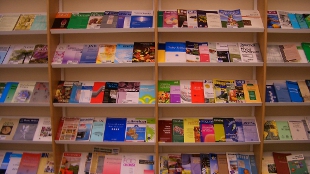 Erica Fleishman of the University of California, Davis, learned last Thursday (June 14) that she would no longer serve as editor-in-chief of Conservation Biology, where she has worked 25- to 30-hour weeks for more than 2 years. It started last month, when the Society for Conservation Biology's (SCB's) governing board told her it had decided not to renew her contract (which ended in February) because of her tendency to remove advocacy statements from research papers to be published in the journal, ScienceInsider reported. After several members of the journal’s editorial board resigned in response to the move, including David Ehrenfeld of Rutgers University, who founded the journal in 1987, the SCB launched a new committee to discuss the matter. The committee met twice to reconsider the decision, but ultimately came to the same conclusion.

There had been a history of “friction” between Fleishman and some...

Fleishman claims that while she did much editing of the submitted papers, and that 1 in every 10 included advocacy statements, she merely suggested to the authors that they remove the arguments, never insisting that they do so. If the authors wanted to keep the statements, she simply made them identify them as opinion. Some authors would continue to resist her changes, she noted, and the final decision was theirs. “We have never said, ‘We will not publish your paper if you don't change this,’” Fleishman told ScienceInsider.