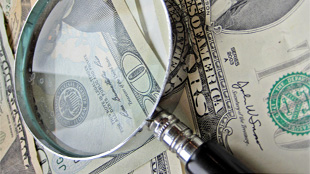 In an attempt to improve an all-time low grant success rate, the National Institutes of Health is considering submitting researchers earning top money to an extra step of the grant review process. According to Nature, researchers receiving more than $1.5 million in grant money—which amounts to roughly 5 percent of grant holders or 1,500 principal investigators—will be placed under higher scrutiny by the funding agency before approving new grants.

While the measure could both ensure the productivity of researchers handling multimillion dollar budgets, as well as potentially allow less-established researchers a slice of the money, some are worried about moving away from a purely merit-based system. “It’s a huge sea change,” Howard Garrison, director of public affairs at the Federation of American Societies for Experimental Biology in Bethesda, Maryland, told Nature.

John Tainer, a structural biologist at the Scripps Research Institute in La Jolla, California whom...

“If you’re a leader and you have momentum and technology, the impact of taking that away and having other people do it at a different level is destructive,” Tainer told Nature.

CORRECTION: In the original version of this story, the term principal investigator was incorrectly written as "private" investigator. The Scientist regrets this error.