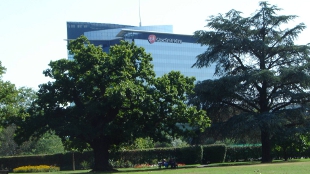 GSK's London HeadquartersWIKIMEDIA, KTO288Jingwu Zang, a GlaxoSmithKline (GSK) researcher who established the London-based company’s China presence, has been fired after questions were raised about irregularities in figures accompanying a Nature Medicine paper on the mechanisms of multiple sclerosis (MS) that he coauthored in 2010. GSK conducted an investigation into the paper’s irregularities, and the company officially terminated Zang, who ran the neurodegenerative-disease research center in Shanghai, last Sunday (June 9). “Regretfully, our investigation has established that certain data in the paper were indeed misrepresented,” said GSK in a statement posted on June 10. “We’ve shared our conclusion that the paper should be retracted and are in the process of asking all of the authors to sign a statement to that effect.”

At issue is a figure in the paper, which pertained to the role of the interleukin-7 receptor (IL-7R) and T-helper 17 (TH17) immune cells in...

The main conclusion of Liu and Zang’s paper largely agrees with results from other research teams. But one study, published in Science Translational Medicine in 2011, failed to replicate their results exactly. While a team of researchers from Stanford University and Rinat, a San Francisco-based Pfizer subsidiary, found that blocking IL-7R in a mouse model of MS treated the condition, they failed to find the mechanistic connection between IL-7R and TH17 cells that Zang’s team reported. Liu chalked up the difference to the fact that the California-based researchers—even though they reported diligently following Liu’s and Zang’s experimental protocol—used mature TH17 cells while the Chinese team used undifferentiated cells. “It’s a different protocol, a different stage,” Liu told Nature.

Liu resigned from his position at GSK on June 9, but both he and Zang have refused to sign off on retracting their paper from Nature Medicine.