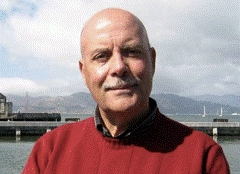 ORI Director David WrightORIDavid Wright, director of the Department of Health and Human Service’s (HHS) Office of Research Integrity (ORI), has quit and will officially leave his post on March 27, according to his letter of resignation, which was obtained and published by ScienceInsider this week (March 12). Wright, who became ORI director in January 2012, cited frustration with “dysfunctional HHS bureaucracy” as his main reason for leaving.

“This has been at once the best and worst job I’ve ever had,” Wright wrote in the opening lines of his letter, which he sent to HHS Assistant Secretary for Health (ASH) Howard Koh on February 25. On March 7, Retraction Watch was the first news outlet to announce Wright’s resignation.

In his letter, Wright provided several examples of the bureaucracy he found so frustrating. In one instance, he wrote, “I urgently needed to fill a vacancy for...

ORI is responsible for overseeing allegations of research misconduct levied against federally-funded scientists, reviews misconduct investigations run by individual institutions, and metes out penalties to researchers found guilty of fabrication, falsification, or plagiarism. “I knew coming into this job about the bureaucratic limitations of the federal government,” Wright added, “but I had no idea how stifling it would be.”

While he wrote that working with ORI scientists and others in the research community was a remarkable experience, Wright excoriated the institutional framework in which he had to work. “I’m offended as an American taxpayer that the federal bureaucracy—at least the part I’ve labored in—is so profoundly dysfunctional.”

And for those who look forward to hearing more of the gory details from Wright’s time atop ORI, you’re in luck. In the closing of his letter, the outgoing director said that he “plans to publish a version of his daily log at ORI to share more of his experiences.”