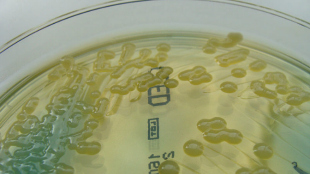 WIKIMEDIA, NATHAN READINGA recent outbreak in California of drug-resistant bacteria tied to contaminated endoscopy instruments is helping to bring to light similar outbreaks in other states, according to a report in Bloomberg Business. The bacteria involved are called called Carbapenem-resistant Enterobacteriaceae (CRE).

For instance, six years ago, 15 patients died and another 70 were sickened in Florida in an outbreak similar to the one that occurred at the UCLA Medical Center in recent months. Other “superbug” cases occurred in Pennsylvania, Illinois, and Wisconsin in the past few years—each of which was tied to exposure to a certain type of endoscope and which was not made public, according Bloomberg.

“States have a haphazard approach to tracking the infections,” the news organization reported. “Only about half of the 44 state health departments that responded to questions from Bloomberg said they require hospitals and labs to report individual cases of...

“I am speechless when it comes to this,” Lawrence Muscarella, the president of LFM Healthcare Solutions, who tracks endoscope re-use issues, told Al Jazeera America. “When a medical device or drug is being used is harming people and it’s risen to the level that it has today, action needs to be done. Ideally, action should have been done yesterday. It should have been done two years ago. I can’t explain to you why it hasn’t been done.”

Cleaning procedures for the medical devices are coming under review, and the US Food and Drug Administration has issued a safety alert regarding the devices, called duodenoscopes.