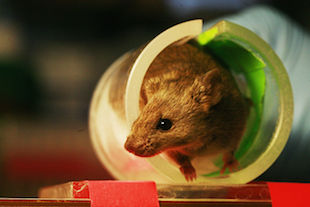 Opioids relieve chronic pain for millions, but are highly addictive and can cause potentially fatal side effects. In a paper published this week (August 17) in Nature, scientists identify a compound that could offer pain relief without risk of addiction. It’s the latest promising drug development in an effort to curb a growing opioid epidemic in the United States.

Researchers from University of California, San Francisco (UCSF), and the Friedrich-Alexander University Erlangen-Nürnberg in Germany discovered the drug using a virtual model of the receptor in the brain that binds opioids. The team simulated the interaction of 3 million different compounds with this receptor. “We tried to look for molecules that would still bind to this 3-D structure, but are as far away from morphine and codeine as possible,” study coauthor Aashish Manglik of Stanford University told NPR’s Shots.

Based on those simulations, Manglik and colleagues tested 23...

Opioids are a necessary evil, according to study coauthor Brian Shoichet of UCSF. “There are so many medical procedures we can do now because we know we can control the pain afterwards. But it's obviously dangerous too. People have been searching for a safer replacement for standard opioids for decades,” Shoichet told Medical News Today. The need for safe painkillers has grown urgent as opioid abuse has risen steadily in the U.S. and elsewhere. Opioid painkiller overdoses were responsible for around 18,000 deaths in 2014, according to the National Institute on Drug Abuse.

Manglik and some of his colleagues have raised venture capital funds to develop PZM21, he told NPR. The drug has yet to be tested on people.