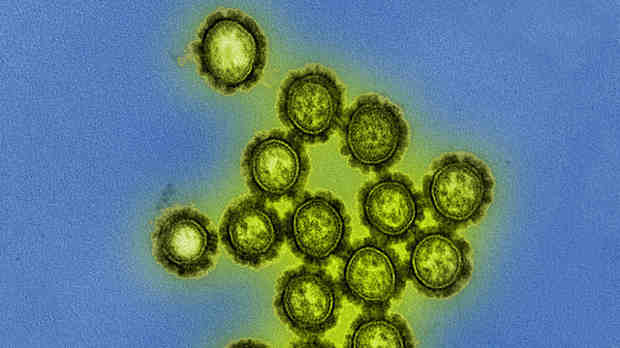 H1N1 influenza virus particlesFLICKR, NIAIDResearchers in Australia added an adjuvant to an inactivated influenza A vaccine and successfully boosted the shot’s effectiveness and cross-protective capabilities, according to a study published today (October 27) in mBio.

“Our best protection comes from the seasonal flu vaccine, which induces antibodies that neutralize the virus,” study coauthor Brendon Chua, a research fellow at the University of Melbourne, said in a press release. Seasonal flu vaccines a based on a prediction of the strains that are likely to dominate that year. “The holy grail would be to develop a vaccine that cross-protects against different strains, which would be beneficial for the whole community, even if the prediction of circulating strains is wrong.” A widely cross-protective vaccine could also protect people against flu strains that jump from other species, such as birds or pigs.

To develop a more powerful and broad vaccine,...

The adjuvant-boosted vaccine better protected mice from influenza A infection—when challenged with either the flu strain present in the vaccine and a different strain—than mice that received the standard vaccine. Moreover, most of the mice vaccinated with the adjuvant version survived a normally lethal dose of the virus, whereas all the animals that received the standard vaccine died. Adjuvant-vaccinated mice produced 600 times more neutralizing antibodies and had more activated T cells than animals that received the standard vaccine. “The culmination of all these responses is that it reduces the ability of the virus to infect cells, reproduce, and spread,” said Chua. “The biggest advantage is that this approach doesn’t rely on getting a match between the strains used in the vaccine and circulating virus—you can still get some protective effect at the population level.”