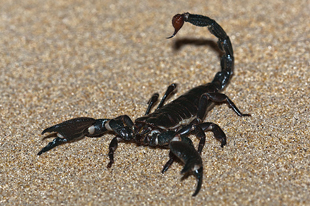 MICHAEL L. BAIRD, FLICKR.BAIRDPHOTOS.COMThe genomes of both vertebrates and invertebrates encode defensins, defensive proteins that protect the organism from pathogens. Scientists have previously suggested that defensins and the toxins found in the venom of scorpions share an evolutionary ancestor, but it was unclear how the toxins originated. Now, an international team of researchers has shown that a defensin from a venomous insect can be easily converted to a toxin with just one genetic deletion. Their work was published in Molecular Biology and Evolution this week (January 14).

The researchers first analyzed the sequences of scorpion venom toxins—called α-KTxs because they block voltage-gated K+ channels—and found the portions of the sequences related to structure and function. Then they looked for these “scorpion toxin signatures” in the genomes of other animals. The signatures were present in the defensins of six species of venomous insects from the orders Hemiptera and Hymenoptera. The team found that a loop in the protein structure of the insect defensins made it impossible for them to bind voltage-gated K+ channels. When the researchers deleted this loop in one insect defensin, it looked and behaved like an α-KTx, binding to voltage-gated K+ channels in the same way.

“It is surprising that only insect defensins from venomous insects contain scorpion toxin signatures,” coauthor Shunyi Zhu of the Chinese Academy of Sciences told BBC News. “These defensins clearly represent an evolutionary intermediate and could have the potential to develop into a toxin with similar action to scorpion toxins.” 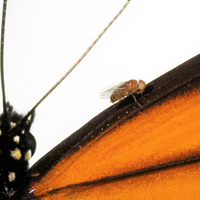 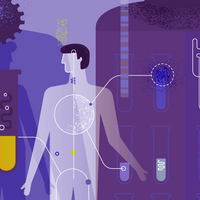 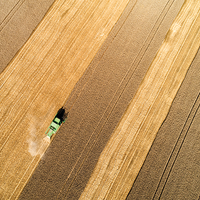