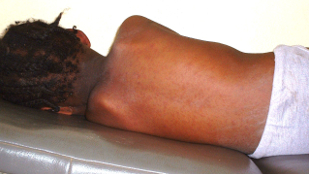 WIKIMEDIA, MIKEBLYTHThe US Centers for Disease Control and Prevention last week (February 13) released a report on the ongoing outbreak of measles that began in southern California and is spreading across the nation. The take-home message? Authorities still don’t know how it started.

California public health authorities genotyped virus samples from 30 of 110 area measles patients, but the genetic results did not reveal the source of the outbreak. All 30 specimens “were measles genotype B3, which has caused a large outbreak recently in the Philippines, but has also been detected in at least 14 countries and at least six U.S. states in the last 6 months,” the authors wrote.