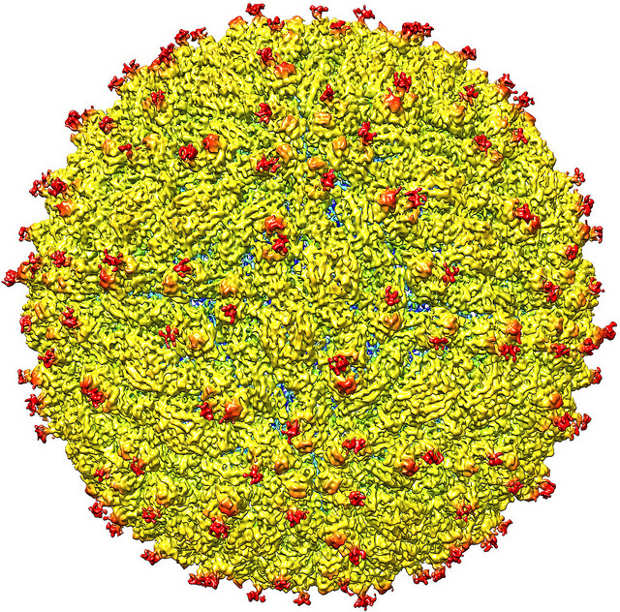 Representation of Zika virusFLICKR, NIH IMAGE GALLERYComparing the sequences of 30 strains of Zika virus isolated from humans, 10 from mosquitoes, and one from monkeys has revealed significant evolutionary change over the past 70 years, according to a study published today (April 15) in Cell Host & Microbe. Specifically, the sequences of the viral strains showed notable divergence between the Asian and African lineages and suggest that modern Zika virus strains derived from the Asian lineage, as they are more similar to the Malaysian/1966 strain than the Nigerian/1968 strain. Additionally, the gene for the pre-membrane precursor protein has very high variability among the Zika strains examined, which modeling work suggests may affect the protein’s structure.

“We believe these changes may, at least partially, explain why the virus has demonstrated the capacity to spread exponentially in the human population in the Americas,” study coauthor Genhong Cheng of the...

But it is not possible to directly test whether these mutations affect the virus’s spread in humans, virologist Vincent Racaniello noted on his blog. “It’s easy to blame mutations in the viral genome for novel patterns of transmission or pathogenesis,” he wrote. “There is no reason to assume that such changes influence virulence, disease patterns, or transmission in humans.”

Cheng agreed to there is much work left to be done. “Our results have raised new questions about the evolution of the Zika virus, and highlight that a lot more research is needed to understand the relationship between the virus and human disease,” he said in a press release.