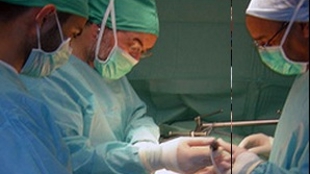 Researchers at the University of Louisville in Kentucky found a way to trick the body of a mismatched organ-transplant recipient into thinking that the organ is a perfect match, in a study published this week in Science Translational Medicine.

Previous studies attempted to get the same effect by injecting some of the donor’s bone marrow, which contains blood stem cells that create new immune cells that would recognize the donor organ as self , into the recipient, reported Nature. After removing the bulk of the recipient’s native immune cells with radiation and chemotherapy, the donor’s bone marrow would be injected and repopulate the immune system with immune cells that would tolerate the new organs. The approach had some success in the clinic, although not all patients benefitted in the long term.

Instead of using donor cells, University of Louisville researchers created a cocktail...

Will the patients manage to keep their new organs without immunosuppression in the long term? “You would hope that it’s true, but it’s a little early to claim that,” David Sachs, director of the Transplantation Biology Research Center at Massachusetts General Hospital told Nature.