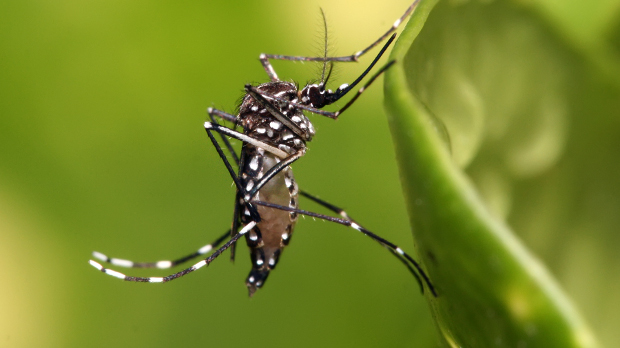 Aedes aegypti, a Zika virus vectorWIKIMEDIA, MUHAMMAD MAHDI KARIMUntil recently, Zika virus had been a little-known tropical disease. The mosquito-borne pathogen causes a low-grade fever, rash, and some mild aches and pains. According to the US Centers for Disease Control and Prevention (CDC), only one in five people infected will even develop symptoms. The World Health Organization (WHO) reported Zika on U.S. ground last week (January 8) in Puerto Rico, and Texas health officials confirmed a case this week (January 11); a resident who had traveled outside the country imported the virus upon returning to the states.

The CDC recently announced a possible link between Zika cases in Brazil and a spike in infant microcephaly, which causes children to be born with abnormally small heads. “I wouldn’t use [the term] smoking gun, but what I would say is that these data provide the strongest evidence to date...

Brazil reported 147 cases of microcephaly in 2014, but as of this week (January 12), that number has risen to 3,530, the country’s Ministry of Health reported. The first potential links between Zika virus infection and microcephaly in Brazil were reported last November. Women who have been infected with the Zika virus are thought more likely to give birth to infants with microcephaly, though the potential mechanism is unclear.

Zika virus was first detected in the Americas in 2014 on Easter Island, according to the WHO, and since then has spread to several countries in South and Central America.