Egg allergies rank alongside peanut allergies in their severity and it can be difficult to avoid coming into contact with the ubiquitous food. But there may be some good news for those that suffer from an egg allergy: a new trial shows that exposing children to a small, controlled amount of powdered egg daily can completely relieve the allergy.

In the new study, published today (July 19) in the New England Journal of Medicine, parents gave small amounts of powdered egg to their children, building up to the equivalent of a third of an egg per day. After 22 months, 75 percent of the children could eat the equivalent of two eggs without reacting. A month after finishing the regime, the children were tested again, and 28 percent of the children could still eat eggs without any reaction.

"This study gives us hope that we're closer to developing a treatment," study co-author Wesley Burks from the University of North Carolina School of Medicine told BBC News. "Almost a third of the children had a permanent change and were no longer egg-allergic."

The treatment didn't work for everyone, and about 15 percent of the children had to give up the regime, mostly because of reactions to the small amounts of powered egg. The treatment is still experimental, and the study's authors say it should not be tried at home. 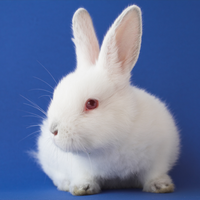