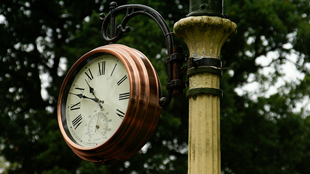 FLICKR, MARTIN PETTITTScientists know that circadian rhythms affect metabolism, but many of the ways in which the timing of eating can influence health are still unknown. Now, researchers from the Weizmann Institute of Science in Israel and the Sanford-Burnam Medical Resarch Institute in Florida have shown in mice that the timing of meals affects the levels of triglycerides in the liver. The work was published last week (February 5) in Cell Metabolism.

The researchers analyzed 159 lipids in wild-type mice—which had been on a 12-hour light:dark cycle, but were switched to total darkness for testing—every four hours during a 24-hour period. They found that 27 of the lipids exhibited circadian oscillations, and that of those lipids, the majority were phosphoinositides and triglycerides (TAG), which peaked around eight hours after “sunrise.” In mice in which clock genes were disrupted, the researchers found that TAG accumulation still cycled, but peaked about 12 hours after the wild-type mice. When the investigators limited both groups of mice to eating at night when the animals are most active, rather than eating throughout the day, TAG accumulation shifted in both groups of mice to the middle of the circadian cycle. After night feeding, overall levels of TAG went down by about 50 percent in wild-type mice, but up by about 25 percent in mutant mice, suggesting that feeding time can influence lipids in the liver.

“The striking outcome of restricted nighttime feeding . . . is of clinical importance,” coauthor Gad Asher of the Weizmann Institute said in a statement. “No currently available drugs have been shown to change lipid accumulation as efficiently and drastically as simply adjusting meal time—not to mention the possible side effects that may be associated with such drugs.”