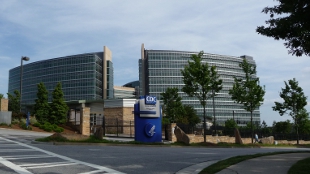 Three anonymous letters detailing alleged problems at a global health division run by the US Centers for Disease Control and Prevention provoked a rebuttal from CDC officials.

Allegations in the letters, excerpts of which were published in The Lancet within the last month and aimed at the CDC's 18-month-old Center for Global Health, range from general low morale amongst staffers at the center to misappropriation of funds and clashing with the US Agency for International Development programs. One of the three letters calls for an "objective evaluation" of the global health division, and the other two propose that a Congressional investigation be initiated.

The Lancet editor, Richard Horton, is defending the journal's publication of the letters, saying they are exhortations from CDC staffers whose concerns were stifled by the agency. The letters, he wrote in one of the pieces that excerpts them, "raise questions about leadership,...

CDC Director Thomas Frieden and Center for Global Health Director Kevin De Cock, responded in a letter published in The Lancet last week, stating that the allegations of waste and especially suppression of opposing viewpoints are absurd. "We're committed as a scientific agency to open debate," De Cock told ScienceInsider. "I'm committed to that."

De Cock conceded that his center could use some improvement. "We don't claim to be a perfect organization," he told ScienceInsider. But he and Frieden point out in their letter that the program has made strides in helping developing countries fight health emergencies and in training field epidemiologists.