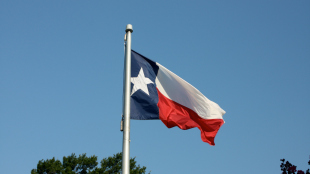 WIKIMEDIA, MAKARISTOSThe taxpayer-funded Cancer Prevention and Research Institution of Texas (CPRIT) launched in 2007 to fund Texas-based cancer researchers with $3 billion in bonds. But the organization's grant-giving came to a halt last year after alleged corruption and a lack of peer review in determining how funds should be allocated. CPRIT's leadership underwent a major shake-up, and last week lawmakers gave the OK for the agency to resume grant-making operations.

“There were things that needed to be cleaned up,” Kevin Gardner, a structural biologist at the University of Texas Southwestern Medical Center in Dallas, told Nature. “As a Texan taxpayer, I'm glad they were cleaned up. As a scientist, I saw this put a serious dent in the research programs throughout the state.”

Gardner's grant from CPRIT was among the $100 million in total research funds that were frozen under the state’s moratorium. Wayne Roberts, the institute's interim...

According to the AP, state prosecutors launched a criminal investigation into CPRIT after the institute allegedly funded a biotech company, Peloton Therapeutics, without fully vetting the firm's proposal.