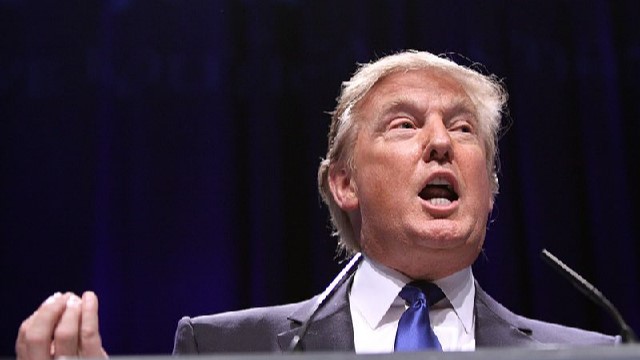 WIKIMEDIA, GAGE SKIDMOREUS President Donald Trump moved to disband a federal advisory panel on climate change at the end of last week. The charter for the 15-person committee, set up to develop guidelines for policymakers and officials on the basis of the government’s National Climate Assessment, was scheduled to expire yesterday (August 20). Two days earlier, the National Oceanic and Atmospheric Administration notified the committee’s chair Richard Moss that the charter would not be renewed.

“It doesn’t seem to be the best course of action,” Moss tells The Washington Post. “We’re going to be running huge risks here and possibly end up hurting the next generation’s economic prospects.”

Established in 2015, the Sustained National Climate Assessment Federal Advisory Committee includes a range of climate advisors, from academics to corporate representatives to local officials. The panel’s members first convened last fall, and their report on the conclusions of the...

But the Assessment’s findings are seen to contradict the views of the current administration, which just two months ago announced its intention to opt out of the Paris Climate Agreement. One included scientific report estimates that human activity has been responsible for a global temperature increase of 1.1 to 1.3 degrees Fahrenheit from 1951 to 2010. A draft of this article, dubbed the Climate Science Special Report, was published by The New York Times last week.

“Many lines of evidence demonstrate that human activities, especially emissions of greenhouse (heat-trapping) gases, are primarily responsible for the observed climate changes,” a section of the document reads, according to the Times. “There are no alternative explanations, and no natural cycles are found in the observational record that can explain the observed changes in climate.”

Members of the committee have announced their decision to release their own report on schedule anyway, even without federal backing. Several, including committee member Jerry Melillo, see the panel’s dissolution as part of a concerning trend in the current administration’s approach to climate change policy, The Huffington Post reports. Another climate panel, the Advisory Committee on Climate Change and Natural Resource Science, faced a similar fate earlier this year.

“The shutting down of the Sustained National Assessment Federal Advisory Committee will lessen our ability to manage climate risk,” Melillo, a distinguished scientist at the Marine Biological Laboratory’s Ecosystems Center, tells HuffPost, “with the big losers being the American people.”